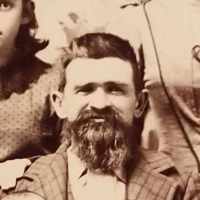 The Life Summary of Nephy

Put your face in a costume from Nephy's homelands.

Catherine Ann (Williams) and Robert Owens were married on the 22nd of October 1837, in Franklin County, Ohio. They moved around quite often. They were in Madison County, Indiana, Whitt County then Ga …