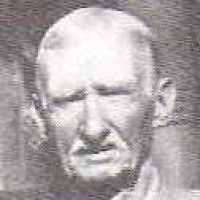 The Life Summary of Jannon Fredrick

Put your face in a costume from Jannon Fredrick's homelands.

Jannon Fredrick Harvey was born on 5 February 1851in Clerkenwell, London, England to Andrew and Eliza Wheeler Harvey. By 1851 his family was in Clerkenwell, Middlesex, England. His father A …