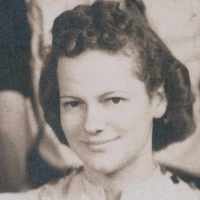 The Life of Alene E

Put your face in a costume from Alene E's homelands.

In 1922, Harvey C. Couch Sr. started WOK the first radio station in Arkansas. After a trip to Pittsburgh and the KDKA radio he came up with the idea for Workers of Killowatts (WOK). WOK had no commercials which was nice for the listeners.
1923 · The President Dies of a Heart Attack

Warrant G. Harding died of a heart attack in the Palace hotel in San Francisco.
1947 · The Presidential Succession Act