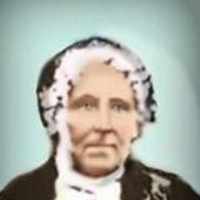 The Life Summary of Hannah Selina

Put your face in a costume from Hannah Selina's homelands.

Biblical name, borne by the mother of the prophet Samuel (1 Samuel 1:2), Hebrew Hanna. It is derived from a Hebrew word meaning ‘He (i.e. God) has favoured me (i.e. with a child)’. See also Anne . This form of the name was taken up as a given name by the Puritans in the 16th and 17th centuries and remained popular until the late 19th century. Thereafter it fell somewhat from favour but has enjoyed a massive revival since the 1990s.