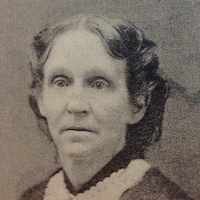 The Life Summary of Sarepta Maria

Put your face in a costume from Sarepta Maria's homelands.

English: unexplained. This surname is no longer found in Britain.

Sketch of the Life of Charles Wilkinson

*** Retrieved from: http://www.cedarcity.org/DocumentCenter/View/7692 An Account of his Father's Life, by Joseph T Wilkinson *** Sketch of the Life of Charles Wilkinson Utah Pioneer of 1865 Pre …