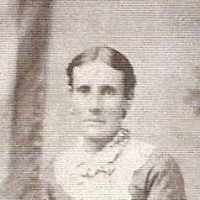 The Life Summary of Jane Amanda

Put your face in a costume from Jane Amanda's homelands.

English: variant of Priestley with loss of -t- through assimilation into the preceding -s-.Americanized form of German Pressler .

The Life of the Eldredges - Written by Veretta Jane Fullmer Eldredge

I, Veretta Jane Fullmer Eldredge, being the only one left of my generation, will write the story of the Eldredge Family as well as I can remember it. It is 1961. I am the wife of Samuel Newman Eldre …