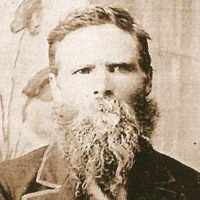 The Life Summary of Juduthan Hardy

Put your face in a costume from Juduthan Hardy's homelands.

Jeduthun Hardy AverettJr. was born 13 July 1836 in Marion, Perry, Alabama to Jeduthun Hardy and Holly Jane Tingle Averett. His parents were married in Marion County, Alabama in 1836. They had …