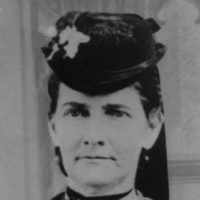 The Life Summary of Luvera Ellen

Put your face in a costume from Luvera Ellen's homelands.

English: of uncertain etymology. From the 16th to the 19th century, the English vocabulary word ensign denoted a junior rank of infantry officer, which may be the source of the surname.History: James Ensign (known as ‘the Puritan’) was born in Chilham, Kent,England, in 1606 and came to Hartford, CT, before 1644.

Luvera Ellen Ensign was born June 24, 1826 in Spafford, Onondago County, New York, daughter of Zopher and Priscilla Billings Ensign. Her ancestors were among the first settlers of Massachusetts and Co …