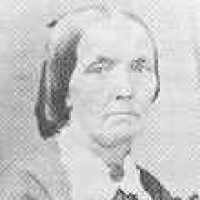 The Life Summary of Mary Wilson

Put your face in a costume from Mary Wilson's homelands.

English: habitational name, perhaps from Dugdale near Uttoxeter, Staffordshire, now known as Dagdale, from the Old English personal name or byname Ducca + Old English dæl or Old Norse dalr ‘valley’, or possibly from an as yet unidentified place near Clithero in Lancashire.

CAHOON, J. C, carpenter and undertaker, son of William F. and Mary, was born in Pottawatamie county, Iowa, while the family were en route to Utah, October 9, 1847. The family 'reached Salt Lake City i …