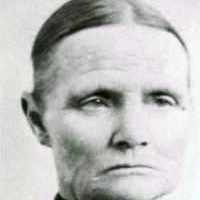 When Margaret Morgan was born on 14 November 1834, in Pontypridd, Glamorgan, Wales, United Kingdom, her father, Evan Morgan, was 34 and her mother, Mary Jones, was 27. She married William Richards III on 19 March 1854, in Salt Lake City, Salt Lake, Utah, United States. They were the parents of at least 7 sons and 8 daughters. She lived in Laleston, Glamorgan, Wales, United Kingdom in 1841. She died on 24 November 1921, in Rupert, Minidoka, Idaho, United States, at the age of 87, and was buried in Malad, Oneida, Idaho, United States.