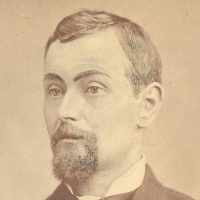 When James Lloyd was born on 9 February 1837, in Wolstanton, Staffordshire, England, United Kingdom, his father, William Lloyd, was 23 and his mother, Mary Ann Rowley, was 22. He married Martha Hannah Cole on 3 July 1866, in Ogden, Weber, Utah, United States. They were the parents of at least 1 son and 1 daughter. He died on 6 January 1923, at the age of 85, and was buried in Ogden, Weber, Utah, United States.