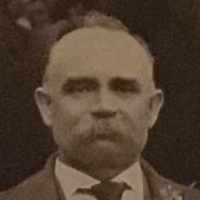 When Thomas Stevenson Jr. was born on 8 December 1846, in Leicester Forest West, Leicestershire, England, United Kingdom, his father, Thomas Stevenson Sr, was 23 and his mother, Eliza Barsby, was 25. He married Zelnorah Ann Weaver on 18 January 1868, in Salt Lake City, Salt Lake, Utah, United States. They were the parents of at least 5 sons and 8 daughters. He lived in Nottingham St Nicholas, Nottinghamshire, England, United Kingdom in 1861. He died on 27 May 1908, in Preston, Oneida, Idaho, United States, at the age of 61, and was buried in Preston, Oneida, Idaho, United States.

English: from the Middle English and Older Scots personal name Steven, Stephen (see Steven ) + -son. This surname is also very common in northern Ireland (especially Antrim and Down), where it has been interchangeable with Steenson and Stinson . In North America, this surname has also absorbed various European cognates, such as Danish, Norwegian, and North German Steffensen or Stephensen ; see also Stevens .Scottish: variant of Stevenston, a habitational name from Stevenston (Ayrshire), Stevenson in Newlands (Peeblesshire), or Stevenson in Haddington (East Lothian). The placename in each case derives from the personal name Steven + Older Scots toun ‘farmstead, settlement’.English: habitational name from Stevenstone (Devon), meaning ‘Stephen's farmstead’.