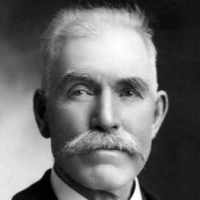 The Life Summary of William Dolby

Put your face in a costume from William Dolby's homelands.

Scottish: habitational name from Skene (Aberdeenshire). A theory once popular with the Skene family is that the name derives from Gaelic sgian ‘knife’, but this has no foundation, since early bearers of the name indicate that it comes from a placename. Another candidate is Gaelic sceathan ‘thorn bush’.Irish: variant of Skehan .

William Dolby Skeen was affiliated with Brigham Young. He could talk with the Indians.