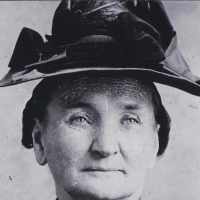 Scottish and Irish: Anglicized form of Gaelic Mac Cionaodha or Mac Cionaoith ‘son of ç’, an early Gaelic personal name popular from the ninth century and possibly derived from Pictish.Irish (northern): Anglicized form of Gaelic Mac Coinnigh ‘son of Coinneach’, an Old Irish personal name, borne by a Christian saint and Anglicized in Ireland as Canice, which was treated in Scotland as equivalent to Kenneth . This surname was usually Anglicized in Scotland as McKenzie , but is otherwise hard to distinguish from sense 1 above.

SARAH JANE MCKINNEY HALES 1838-1909 Sarah Jane McKinney was born in Philadelphia, Pennsylvania October 30, 1838 to Sarah Ann Lehman and Hugh McKinney. She was the fourth child of seven, three older b …