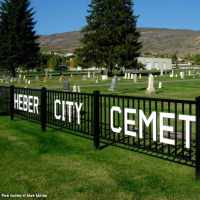 The Life Summary of Susan Levernia

When Susan Levernia Robey was born on 15 April 1838, in Shinnston, Harrison, Virginia, United States, her father, Jeremiah Robey Jr., was 29 and her mother, Ruth Tucker, was 21. She married James Jackson Ross on 16 February 1857, in Salt Lake City, Salt Lake, Utah, United States. They were the parents of at least 3 daughters. She died on 23 April 1862, in Heber City, Wasatch, Utah, United States, at the age of 24.

Put your face in a costume from Susan Levernia's homelands.

The History of Susan Luvernia Robey Ross (A Summary)