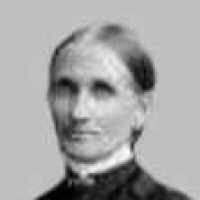 this is a story that was included in my old Book of Remembrance. It was typed with an old typewriter on legal paper. I have included it because it includes important clues to the identity of David Fi …