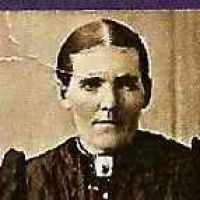 This story was found on Jesse's memories section. No names were added of others in the story so that that it would attach to them. I have copied and pasted it on Martha's stories as she is mention s …