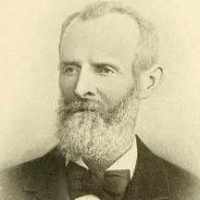 The Life of Hiram

Missouri is the 24th state
1821 · Financial Relief for Public Land

A United States law to provide financial relief for the purchasers of Public Lands. It permitted the earlier buyers, that couldn't pay completely for the land, to return the land back to the government. This granted them a credit towards the debt they had on land. Congress, also, extended credit to buyer for eight more years. Still while being in economic panic and the shortage of currency made by citizens, the government hoped that with the time extension, the economy would improve.
1846

Hiram Lewis - Source: History of the State of California and Biographical Record of the Sierra's; Guinn (1906) Page 287

HIRAM LEWIS. In the annals of Sierra county the name of Hiram Lewis, late of Loyalton, will ever hold a place of honor and distinction. As one of the original settlers of this section of the state he …