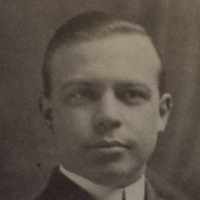 The Life of Herbert Bartholomew

Put your face in a costume from Herbert Bartholomew's homelands.

English: habitational name from Bainbridge in North Yorkshire, named for the Bain river on which it stands (which is named with Old Norse beinn ‘straight’) + Old English brycg ‘bridge’.