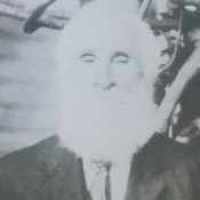 When Andrew Jackson Luce was born on 24 April 1833, in Hancock, Maine, United States, his father, Ephraim Luce, was 33 and his mother, Lydia Maria Macomber, was 34. He married Melinda Jane Franklin in 1864. They were the parents of at least 3 sons and 3 daughters. He died on 25 January 1923, in Linslaw, Lane, Oregon, United States, at the age of 89, and was buried in Oregon, United States.