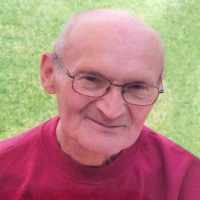 The Life of Laszlo

When Laszlo Borsos was born on 24 December 1940, in Izsák, Bács-Kiskun, Hungary, his father, Laszlo borsos, was 30 and his mother, Terez Nagy, was 26. He married Jacqueline, Tonia Allen on 21 March 1959, in Basford, Nottinghamshire, England, United Kingdom. He died on 1 April 2011, in Beeston, Nottinghamshire, England, United Kingdom, at the age of 70, and was buried in Izsák, Bács-Kiskun, Hungary.

Put your face in a costume from Laszlo's homelands.

The UK becomes a permanent member of the UN Security Council.
1965 · Death Penalty is Abolished for Murder

The death penalty for murder was abolished in England on November 8, 1965.

Hungarian:1. variant of Bors . 2. ( Borsós ): from borsó ‘pea’, hence a metonymic occupational name for a grower or seller of peas.