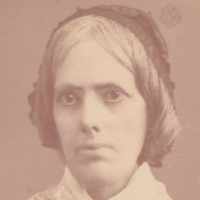 Anne was born in April 1819 in Worplesdon, Surrey, England to George and Jane Goaring Simonds Searle. She was the fifth of ten children. At age 20 she was living in Shalford, Surrey at Mill Lane. It a …