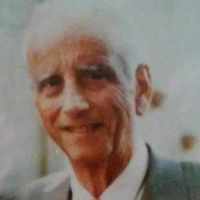 The Life of Luis

When Luis Vicente Mataix was born on 27 September 1909, his father, Fernando Vicente Clemente, was 48 and his mother, Angeles Mataix Perez, was 39. He married M. Dolores (Lolita) Monllor Gosálbez on 12 October 1932, in Alcoy, Alcoy, Alicante, Comunitat Valenciana, Spain. They were the parents of at least 2 sons. He died on 10 April 1985, at the age of 75.

Put your face in a costume from Luis's homelands.

There are no historical documents attached to Luis.