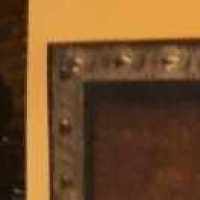 The Life of Martha Irene

Put your face in a costume from Martha Irene's homelands.

The USS Holland was the first commissioned submarine. It was named after John Philip Holland. It had been laid down in November of 1896 and launched a year later. It was acquired and commissioned in 1900 and decommissioned five years later. The submarine was finally sold in 1913 and put on display until it was scrapped in 1932.
1906 · Saving Food Labels