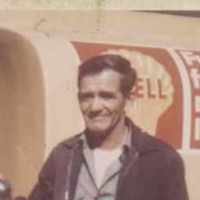 English: variant of Chaney with the same etymology as in 2 below.

French: topographic name for someone who lived by or in an oak wood, from Old French chesnai ‘oak grove’ (from chesne ‘oak’), or a habitational name from any of several places called (Le) Cheney, e.g. in Haute-Savoie, named with this word. Compare Chesney .

French Canadian: altered form of French Chesnay or Chenay, topographic names with the same meaning and etymology as in 2 above, or habitational names from (Le) Chesnay or (Le) Chenay, names of several places in the northwestern part of France, based on Old French chesnai ‘oak grove’. Compare Chenette and Chenier 2.

Put your face in a costume from Merton Lincoln's homelands.