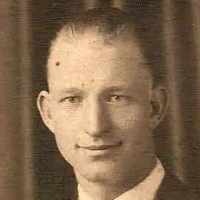 Put your face in a costume from Marvin Edwin 'Jack''s homelands.