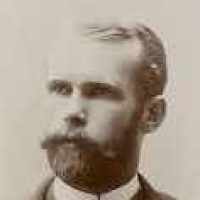 The Life Summary of Anders Beer

When Anders Beer Wilse was born on 12 June 1865, in Flekkefjord, Vest-Agder, Norway, his father, Laurits Marius Wilse, was 33 and his mother, Caroline Dorthea Beer, was 30. He married Helen Marie Hutchinson on 28 June 1892, in Seattle, King, Washington, United States. They were the parents of at least 2 sons and 1 daughter. He immigrated to Ellis Island, New York City, New York, United States in 1916 and lived in Nes, Lister og Mandal, Norway in 1865 and Kristiania, Norway in 1901. He died on 20 February 1949, in Oslo, Norway, at the age of 83, and was buried in Kragerø, Telemark, Norway.

Put your face in a costume from Anders Beer's homelands.

Earliest passenger lists begin in 1867 for the ports of Oslo and Trondheim. Other ports followed.