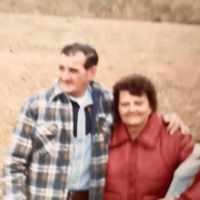 The Life of Helen Carole

When Helen Carole Drake was born on 14 September 1933, in Cincinnati, Hamilton, Ohio, United States, her father, Donaldson Carl Drake, was 37 and her mother, Beulah Esther Draper, was 26. She lived in Worcestershire, England, United Kingdom in 2014. She died on 11 March 2014, in Millbury, Worcester, Massachusetts, United States, at the age of 80.

Put your face in a costume from Helen Carole's homelands.

Britain entered the Second World War as war was declared on Germany on September 3, 1939. World War II came to an end after the Americans dropped an atomic bomb on Hiroshima, which killed 140,000 people. Less than a week later, the Japanese surrendered and the war officially ended on August 15, 1945.
1955 · The Civil Rights Movement Begins

1 English: from the Old English byname Draca, meaning ‘snake’ or ‘dragon’, Middle English Drake, or sometimes from the Old Norse cognate Draki. Both are common bynames and, less frequently, personal names. Both the Old English and the Old Norse forms are from Latin draco ‘snake’, ‘monster’ ( see Dragon ).2 English and Dutch: from Middle English drake, Middle Dutch drāke ‘male duck’ (from Middle Low German andrake), hence a nickname for someone with some fancied resemblance to a drake, or perhaps a habitational name for someone who lived at a house distinguished by the sign of a drake.3 North German: nickname from Low German drake ‘dragon’ ( see Drach 1).