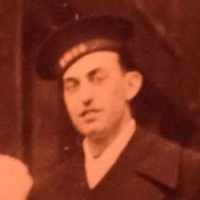 When Alvin Marentette was born on 23 May 1915, in Ontario, Canada, his father, Denis Cleophas Marentette, was 36 and his mother, Margaret Chauvin, was 33. He married Eleanor Réaume in 1942. They were the parents of at least 1 son and 1 daughter. He died on 21 January 1986, in Leamington, Essex, Ontario, Canada, at the age of 70.

From 1955-1956, around 17,000 workers for General Motors went on strike. They wanted a pay raise, more secure working conditions, and a health plan half paid by General Motors. The strike lasted 148 days.
Canadian French: unexplained.

There are no historical documents attached to Alvin.