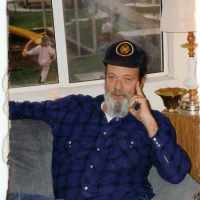 The Life of Orvell Lavell

Put your face in a costume from Orvell Lavell's homelands.

President Roosevelt spoke in front of Congress and gave a speech on what Freedoms everyone should be granted. First being the Freedom of Speech. Second, the freedom of Religion, Third, The Freedom from Want, and Fourth, the Freedom from Fear. Being a big deal, FDR didn't just say that all people should have these freedoms because Americans already expected these freedoms.
1957 · Troops are sent to Central High School

In September 1957, troops were sent to Central High school in Little Rock, Arkansas. The reason was that nine African American children were going to start going to this school and putting the new law of Brown v Board of Education into action. These nine children became known as the Little Rock nine.