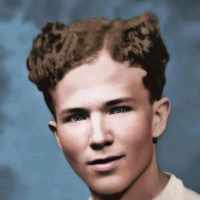 The Life of Herman Kuno

Put your face in a costume from Herman Kuno's homelands.

Jeannette Pickering Rankin became the first woman to hold a federal office position in the House of Representatives, and remains the only woman elected to Congress by Montana.
1917 · The 167th Infantry Regiment

The 167th Infantry Regiment of the Alabama National Guard was assigned to the 42nd “Rainbow Division” in World War II. The 167th fought in 5 major campaigns and served at the front longer than any other U.S. Regiment.
1937 · The Neutrality Act