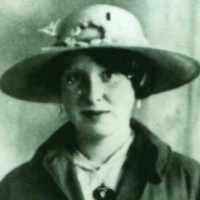 When Rose Hart was born on 25 June 1897, in Birmingham, Warwickshire, England, United Kingdom, her father, Henry Edward Hart, was 38 and her mother, Rosannah Gregory, was 28. She married Alfred John Lawley on 29 September 1918. They were the parents of at least 5 sons and 4 daughters. She died on 1 December 1971, in her hometown, at the age of 74.

There are no historical documents attached to Rose.