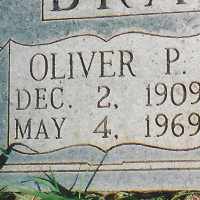 Put your face in a costume from Oliver Perry's homelands.

The state capital of Oklahoma moved from Guthrie to Oklahoma City on June 10, 1910.

Charles Lindbergh makes the first solo nonstop transatlantic flight in his plane The Spirit of St. Louis.
English: habitational name from any of the places called Bradshaw, for example in Lancashire and West Yorkshire, from Old English brād ‘broad’ + sceaga ‘thicket’.