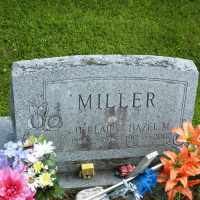 The Life of Hazel Martha

Put your face in a costume from Hazel Martha's homelands.

The Sixteenth Amendment allows Congress to collect an income tax without dividing it among the states based on population.
1917 · Women Given the Right to Vote in New York

Voters in New York approve a bill giving women the right to vote. This is passed three years prior to the 19th amendment to the U.S. Constitution which allowed women to vote nationwide.
1937 · The Neutrality Act

1 German: topographic name for someone who lived at a place where wild roses grew ( see Rose 1), with the suffix -er denoting an inhabitant.2 German (Röser): habitational name from places called Rös, Roes, or Rösa in Bavaria, Rhineland, and Saxony, or a variant of Rosser .3 Swiss German (Röser): from a short form of a Germanic personal name based on hrōd ‘renown’.