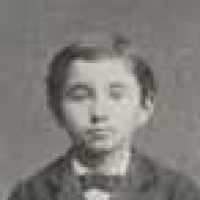 A federal law prohibiting all immigration of Chinese laborers. The Act was the first law to prevent all members of a national group from immigrating to the United States.
1889 · Washington Becomes a State

1 German and Jewish (Ashkenazic): nickname for a person with red hair, from Middle High German rōt, German rot ‘red’. As a Jewish surname it is also at least partly ornamental: its frequency as a Jewish surname is disproportionate to the number of Jews who, one may reasonably assume, were red-headed during the period of surname adoption.2 German and English: topographic name for someone who lived on land that had been cleared, Old High German rod, Old English rod, roð.3 German: from a short form of any of the various Germanic personal names with the first element hrōd ‘renown’. Compare Rode 1, Ross 3.