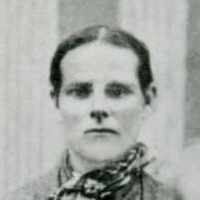 The Life Summary of Elizabeth T

When Elizabeth T Morgan was born on 14 August 1832, in Glamorgan, Wales, United Kingdom, her father, Evan Morgan, was 32 and her mother, Mary Jones, was 25. She married Richard Edmond Thomas on 19 March 1854, in Salt Lake City, Salt Lake, Utah, United States. They were the parents of at least 5 sons and 6 daughters. She lived in Laleston, Glamorgan, Wales, United Kingdom in 1841 and Brigham City, Box Elder, Utah, United States in 1860. She died on 6 April 1906, in Malad, Oneida, Idaho, United States, at the age of 73, and was buried in Malad City Cemetery, Malad, Oneida, Idaho, United States.

Put your face in a costume from Elizabeth T's homelands.