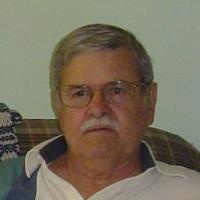 The Life of Roger Pendleton

Put your face in a costume from Roger Pendleton's homelands.

On December 2, 1942, Enrico Fermi and a small band of scientists and engineers demonstrated that a simple construction of graphite bricks and uranium lumps could produce controlled heat. The space chosen for the first nuclear fission reactor was a squash court under the football stadium at the University of Chicago.
1955 · The Civil Rights Movement Begins