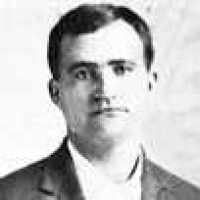 When Marion Adkins was born in October 1886, his father, Harrison Adkins, was 28 and his mother, America Belle Mullins, was 20. He married Ella Mae Wiseman on 1 July 1911. They were the parents of at least 4 sons and 7 daughters. He lived in Vincennes, Knox, Indiana, United States for about 10 years and Vincennes, Vincennes Township, Knox, Indiana Territory, United States in 1940. He died on 11 March 1956, at the age of 69.