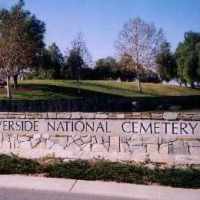 The Life of Christian Matthew

Put your face in a costume from Christian Matthew's homelands.

Jeannette Pickering Rankin became the first woman to hold a federal office position in the House of Representatives, and remains the only woman elected to Congress by Montana.
1917 · The Cleveland Metro Parks

The vision of the Cleveland Metropolitan Park came from William Albert Stinchcomb when he was appointed chief engineer of the City Parks Department. The Parks are a system of nature preserved parks encircling the city. It is unofficially referred to as the Emerald Necklace, because of the ring of green around the city. It is home to over 300 miles of trails as well as nature education centers, golf courses, and a zoo. Today the site gets over 18 million visitors a year with varying amenities and geographical features.
1936 · The Great Lakes Exposition

Also known as the World's Fair of 1936, the Great Lakes Exposition was held along the shore of Lake Erie. It commemorated the centennial of Cleveland's incorporation as a city. It was designed after the Chicago World's Fair and exposed visitors to the cultures of other countries, celebrated industry, and promoted local businesses. Overall, the Fair drew in 11 million visitors during its two season run.

Americanized spelling of German Pfaus, a variant of Pfautz , a nickname for a self-important person, or possibly an altered spelling of Fass .