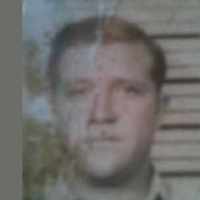 The Life of Wilson

Put your face in a costume from Wilson's homelands.

The Eighteenth Amendment established a prohibition on all intoxicating liquors in the United States. As a result of the Amendment, the Prohibition made way for bootlegging and speakeasies becoming popular in many areas. The Eighteenth Amendment was then repealed by the Twenty-first Amendment. Making it the first and only amendment that has been repealed.
1926 · Mammoth Cave is Discovered

In 1926, in central Kentucky, Mammoth Cave was discovered. It dates back to Mississippian times and consists of over four hundred miles of passageway. On July 1, 1941, the cave was made a National Park.
1931

French: from a diminutive of Old French galier ‘man with a cheerful disposition’.