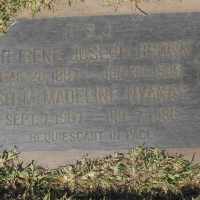 Put your face in a costume from Magdalin Madeline's homelands.

13 million people become unemployed after the Wall Street stock market crash of 1929 triggers what becomes known as the Great Depression. President Herbert Hoover rejects direct federal relief.
Older English form of Madeleine , usually pronounced ‘maud-lin’. This was the usual form of the given name in the Middle Ages.