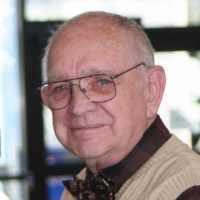 The Life Summary of Edward Leonard

Put your face in a costume from Edward Leonard's homelands.

English (Lincolnshire, Nottinghamshire, and Northamptonshire): from Middle English Mabbot, a diminutive of the female personal name Mabb, a pet form of Mabel. See Mabb and Mable .

Transcription of Grandpa telling about when he was shot

I felt the bullet hit my knee, and looked down, first thing I did was "I had my safety on, how’d that happen?" I looked down and this shin bone going into here, and this all above, this part was gone. …