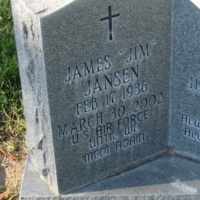 The Life of James Jerome

Put your face in a costume from James Jerome's homelands.

The Neutrality Acts were passed in response to the growing conflicts in Europe and Asia during the time leading up to World War II. The primary purpose was so the US wouldn't engage in any more foreign conflicts. Most of the Acts were repealed in 1941 when the Japanese attacked Pearl Harbor.
1952 · United Nations is Headquartered in New York City

The United Nations was officially organized on October 24, 1945 with representatives from 50 countries. New York City became the permanent Headquarters of the United Nations in 1952.
1955 · The Civil Rights Movement Begins