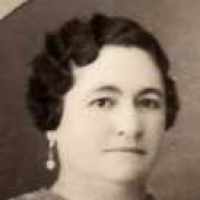 When Olga Vieira Rios was born on 6 July 1889, in Limeira, Azores, Portugal, her father, Xavier Vieira Martins, was 29 and her mother, Francisca Rios Bandeira, was 26. She had at least 4 sons and 7 daughters with Artenio Ribeiro da Silva. She died on 9 February 1979, in Casa Verde, São Paulo, São Paulo, Brazil, at the age of 89.

Put your face in a costume from Olga's homelands.

New constitution separates church from state. Manuel Jose de Arriaga elected first president of republic.
Galician and Portuguese:1. religious byname from Portuguese vieria ‘scallop’ (Late Latin veneria, a derivative of the name of Venus; the goddess was often depicted riding on a scallop). The scallop was a symbol of the pilgrim who had been to the shrine of Santiago de Compostela. 2. habitational name from any of numerous minor places called Vieiria.

There are no historical documents attached to Olga.