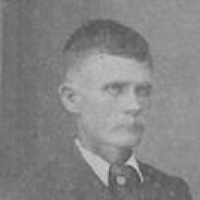 Kentucky sided with the Union during the Civil War, even though it is a southern state.
1877 · Nicodemus is Founded