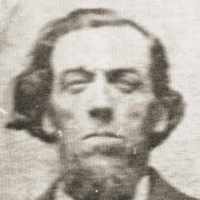 The Life Summary of Calvin C.

Put your face in a costume from Calvin C.'s homelands.

BIOGRAPHY OF CALVIN DANIEL MILES Calvin Daniel Miles was born 24 November 1822. in Kirtland, Ohio, the son of Daniel Sanborn Miles and Electa Chamberlain. He had one brother and one sister. His …