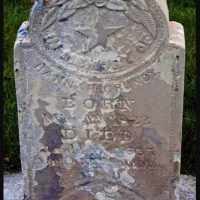 When Hannah Spencer was born on 18 September 1823, in Burton-in-Kendal, Westmorland, England, United Kingdom, her father, Richard Spencer, was 28 and her mother, Mary Earnshaw, was 23. She married David Grundy on 3 April 1857, in Salt Lake City, Salt Lake, Utah, United States. They were the parents of at least 1 son and 3 daughters. She died on 14 January 1887, in Springville, Utah, Utah, United States, at the age of 63.

RICHARD JOHN SPENCER AND MARY EARNSHAW Richard John Spencer is the son of William Spencer and Hannah Witton. He was born on the 5th day of October 1794 in Slaidburn, Yorkshire, England. Mary Earnsha …