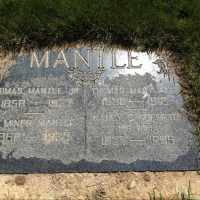 The Life Summary of Nancy Serilda

Put your face in a costume from Nancy Serilda's homelands.

English (East Yorkshire): from the Middle English phrase go fair ‘travel safely’, later altered to Goforth, perhaps through confusion with Garforth .In some cases probably also an Americanized form of German Goffart or of its very rare variant Goffarth: from a Lower Rhine variant of the personal name Gottfried .