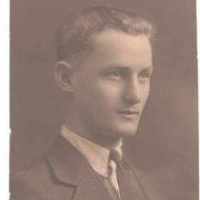 The Life Summary of James Mobley

Put your face in a costume from James Mobley's homelands.

The Atlanta Race Riot of 1906 occurred on the evening of September 22 through September 24. A newspaper reported the rapes of four white women by African American men. Fueled by pre-existing racial tensions, these reports enraged white men who then arranged gangs to attack African American men. Over the next few days, several thousand white men joined in and in the end, 26 people were killed and many were injured.

English, French, Spanish, Portuguese, German, Polish, Czech, Slovak, Romanian, Jewish, Assyrian/Chaldean, West Indian (mainly Haiti), and African (mainly Nigeria and Tanzania); Breton (rarely Le Daniel); Hungarian (Dániel): from the Biblical personal name Daniel, Syriac (Assyrian/Chaldean) Dānīʾēl, Hungarian Dániel (from Hebrew Daniyyel ‘God is my judge’), borne by a major prophet in the Bible. The chief factor influencing the popularity of the personal name (and hence the frequency of the surname) was undoubtedly the dramatic story in the Book of Daniel recounting the prophet's steadfast adherence to his religious faith despite pressure and persecution from the Mesopotamian kings in whose court he served: Nebuchadnezzar, Belshazzar, and Darius. The name was also borne by a 2nd-century Christian martyr and by a 9th-century hermit, the legend of whose lives were popular among Christians during the Middle Ages. Among Orthodox Christians in Eastern Europe the name was also popular as being that of a 4th-century Persian martyr, who was venerated in the Orthodox Church. In France, this surname is most common in Brittany.Irish (Tipperary and Waterford): shortened form of McDaniel , which is actually a variant of McDonnell , from the Gaelic form of Irish Donal (equivalent to Scottish Donald), erroneously associated with the Biblical personal name Daniel. See also O'Donnell .Americanized or Germanized form of Slovenian Danijel: from the Biblical personal name Danijel ‘Daniel’ (see 1 above).