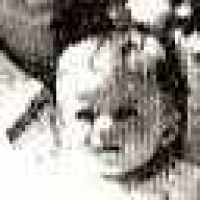 The Life of Harvey

Put your face in a costume from Harvey's homelands.

Like the Boy Scouts of America, The Girl Scouts is a youth organization for girls in the United States. Its purpose is to prepare girls to empower themselves and by acquiring practical skills.
1920 · The Detroit Wall

The Detroit Wall is a half mile long wall that was constructed to serve as a wall of racial separation as a physical barrier between white and black homeowners in northwest Detroit. Today the wall is mostly gone with only a small portion of it located at a local park.
1935 · The FBI is Established